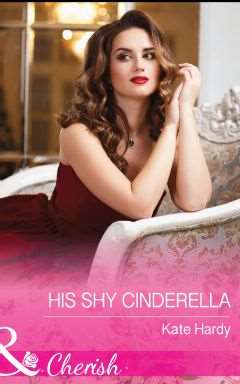 The real woman behind his rival…

Racing driver Brandon Stone is intent on proving he has what it takes to run his family business – first stop: procuring rival race car designers the McKenzies. But shy Angel McKenzie has no intention of selling up!

Angel has avoided the limelight most of her life. But with her family business under threat, she’ll do anything it takes to save it. Working closely with Brandon ignites feelings she never knew existed…he may be the last person she should ever date, but her heart is telling her to break the rules!

Although this is a Cinderella book, it’s also very much a Romeo and Juliet book – not just the family rivalry but also Oxford vs Cambridge. (It’s set in both cities, with a bit in London and a bit in the Lake District.)

Angel is a car designer. She’s also very shy and had a super-sheltered upbringing because she’s deaf (and I pinched that from real life – her deafness is caused by exactly the same reason as mine). Brandon is a thrill-seeker and a former racing driver who’s trying to sort out his family company. They’re opposites and they’re rivals. They challenge each other. And they end up breaking all the rules to be together…

It’s dedicated to my husband Gerard, who was very patient when I grilled him about motor racing, and also took me to Heydon Hall when they had a vintage car day. I fell in love with a turquoise Triumph, which morphs a bit into a very special car and a proposal to go with it in the book. (I would love a vintage MGB, but I’m not tall enough…)

My beloved and much-missed spaniel Byron has a walk-on part here. Very briefly, as I was doing the proofs of the book when he died and I just wanted to immortalise him as the lovely, soppy spaniel who spent fourteen and a half years with us. (Archie is related to him – Byron’s grandparents are Archie’s 5x-grandparents.)

You’ll enjoy this if you like shy heroines, country houses, racing cars, James Bond-esque heroes (oh, and also if you liked Chris Hemsworth in the film Rush).

Want to read a bit? Pop over to M&B in the UK or Harlequin in the US.