The boasty moments don’t come in isolation. They’re a result of a lot of hard work, and support from my editors, my family and my friends – and I’m grateful to all of them for being so brilliant. 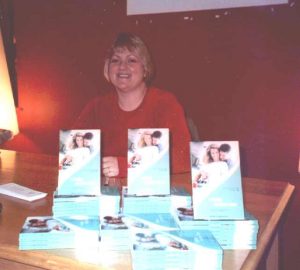 2007 saw me awarded a silver pin by Karin Stoecker from M&B for my 25th book, Breakfast at Giovanni’s.

That book went on to win the RNA Romance Prize in 2008. Roger Sanderson took the moment that they actually announced it (LTR you’ll see my editor Sheila Hodgson, me, and my dear friends Caroline Anderson and Liz Fielding); I think he also took the one where Trisha Ashley presented it; and the third pic is the official RNA pic.

So then it was 2012, and my 50th, The Hidden Heart of Rico Rossi – Tessa Shapcott and Dianne Moggy of M&B presented me with my gold pin. 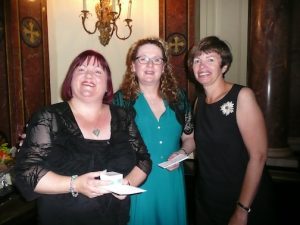 2014, and Bound by a Baby won the RoNA Rose Award. I got a hug and a cheque from Darcey Bussell! And a glass trophy! (How excited was I? Super-super-super-excited.)

2017, and Sheila Hodgson presented me with my award for my 75th M&B, The Runaway Bride and the Billonaire. 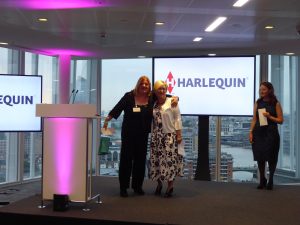 2021 – with England still pretty much in lockdown, the RNA awards were held virtually and streamed live. I was thrilled to be nominated for the Libertà Books Shorter Romantic Novel award, with A Will, A Wish and a Wedding. Larry Lamb took out the card and announced that the winner was… 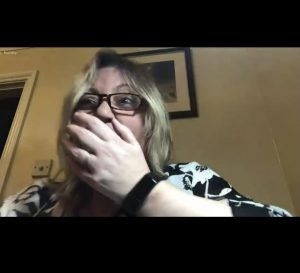 … a very shocked and thrilled Kate Hardy. My 90th title for M&B, my 20th year of being published by M&B, 25 years of being a member of the RNA, and my name would be engraved on the rose bowl for the third time.